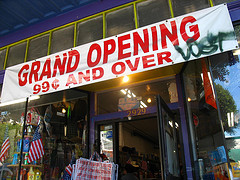 Welcome to the new blog and home of Otto von Quarzis, S.G.E., ruleslawyer.  For those of you following this blog, you have probably notice the purpose waver and change over the past couple years.  After a couple of good rules discussions with my good friend, Mark, over at Dust Pan Games (a fantastic blog, which you really should sign-up to read), I realized that I love to argue - and, more importantly, I love to argue about rules.

So, that is what this blog is going to be about. I will take various rules and provide my reasoned and researched interpretation.  I will try and scour the Net for other's takes and thoughts and bring it together in a collection that I hope will be helpful to fellow game masters. As I do so, I welcome everyone's comments, feedback and thoughts.  If you have a rule you have been struggling with, please share it.  If you have your own rules interpretation you think is the bees' knees, please share that as well.


I have recently started game mastering again this past year.  I run a 5th Edition campaign with a group that has several other GMs.  In fact, one of the players is the person who started the 5th Edition craze in our group and runs an excellent campaign - one which we already retired the first set of characters (successfully and happily) and are now having a blast with the new crop. The other is the one that started us back in playing RPGs regularly (until he started up his campaign again, I hadn't played RPGs in years), and has run numerous systems, including, most recently, a round of 5th Edition D&D.  What is really cool is that we are all playing in "sort of" the same campaign world. We split up the globe and run in different sections, but there are a lot of tie-ins.  There are also a lot of rules interpretations that are useful to have consistent between campaigns.

This has led to players actively helping out the GM to come to a fair and balanced rule interpretation.  I end up having a vested interest in my friends' interpretations (when they are the GM), because I know I will pretty much have to live with that decision in my campaign, since the players are all the same between the three campaigns.  This ends up being great for all of our campaigns, because we tend to arrive at better decisions and consistent decisions.  I believe (and I am sure they will correct me if I am wrong) the players (who don't GM) like it as well, because they get consistency - and a well thought out rule decision applied consistently from campaign to campaign really does make the games feel more cohesive and fun.

What I hope to do with this blog is take this concept of shared GM rule interpretation and bring it to an even larger audience.  Of course there will always be differences of opinions, and one interpretation may not work for everyone's game.  However, if the options and arguments are laid bare before everyone, I believe we can all come to better decisions for our campaigns.  This becomes a win-win for players and game masters alike.  So, hopefully folks find it interesting and useful - and if nothing else - hopefully it entertains.

I do want to mention briefly why I am discontinuing the idea of the leaderboard.  This was due in part to several issues, but primarily the following two.  One, it was difficult to figure out how it was going to work practically speaking.  Upvoting in a similar fashion to reddit seemed to be the most popular idea, but not one I was comfortable with.  Two, having moved out of the information technology field a while ago, my coding skills just aren't what they used to be. Combined with lack of time, I just don't feel I am the one to be able to bring this idea to fruition. So apologies, but I believe that is an idea best left to someone else.

Thank you for reading. And until next time.

----------------
* The license for the above graphic is granted for use under Creative Commons. More information about the license and attribution can be found here.
Posted by Quarzis at 10:28 AM